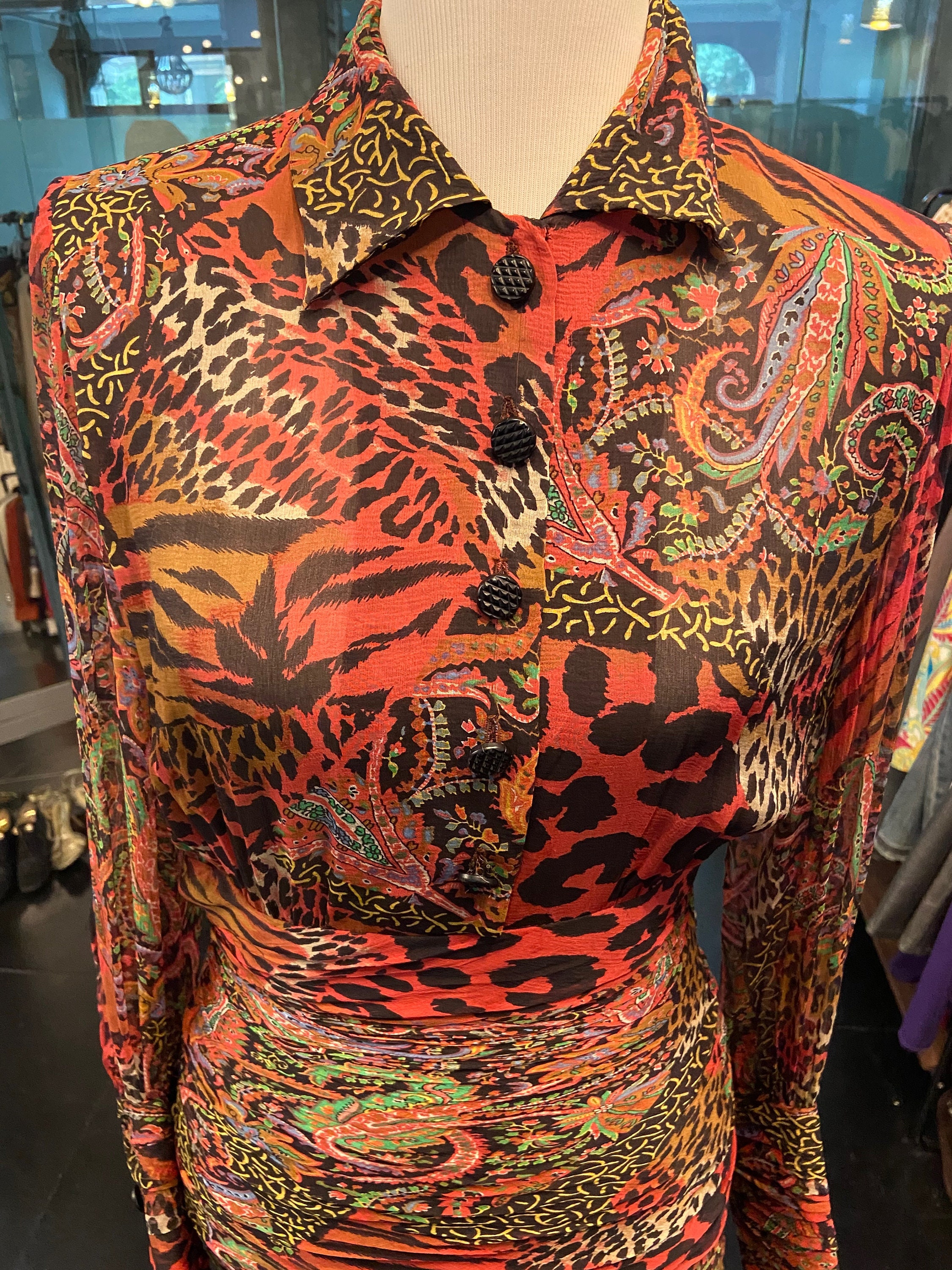 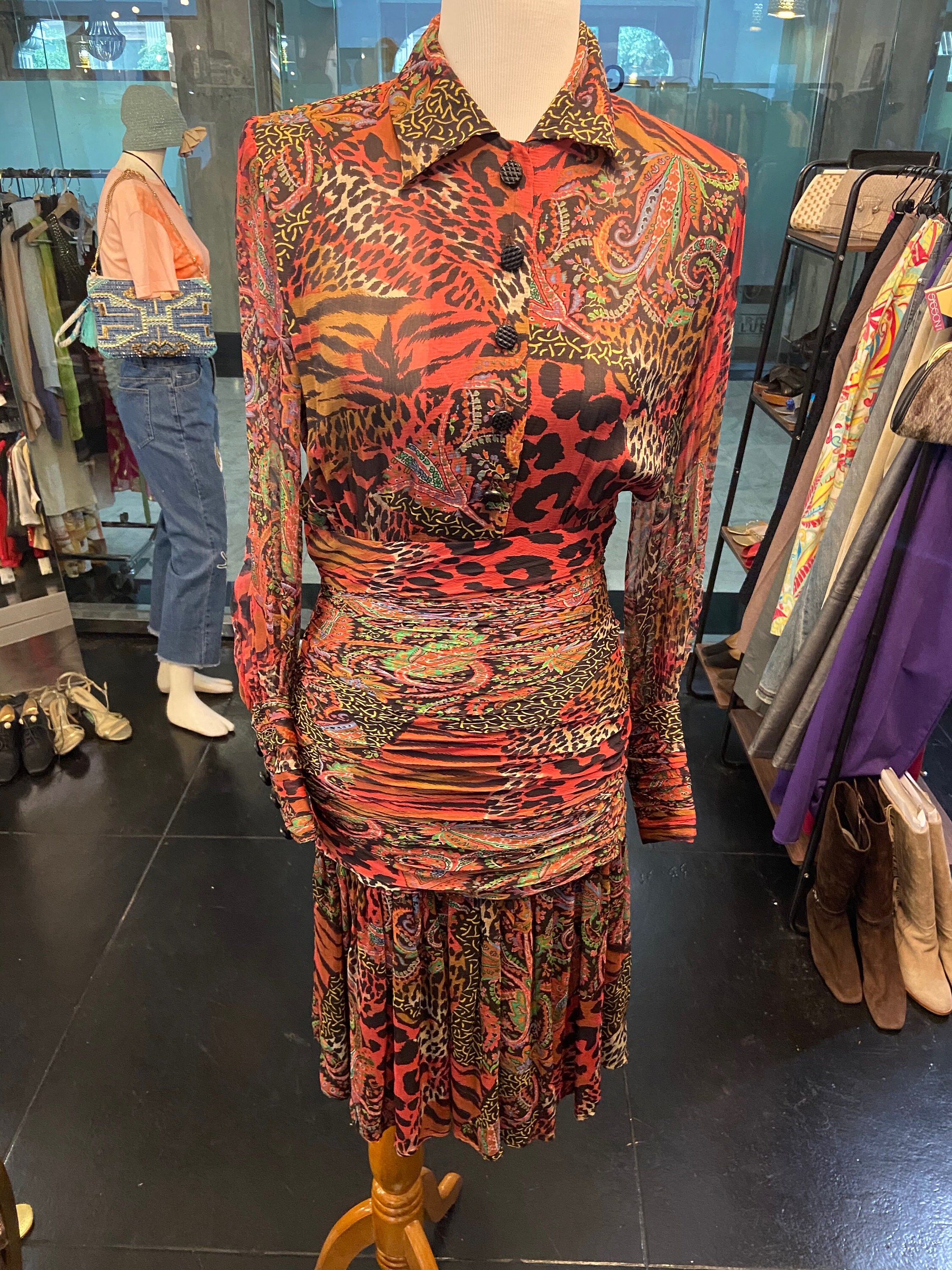 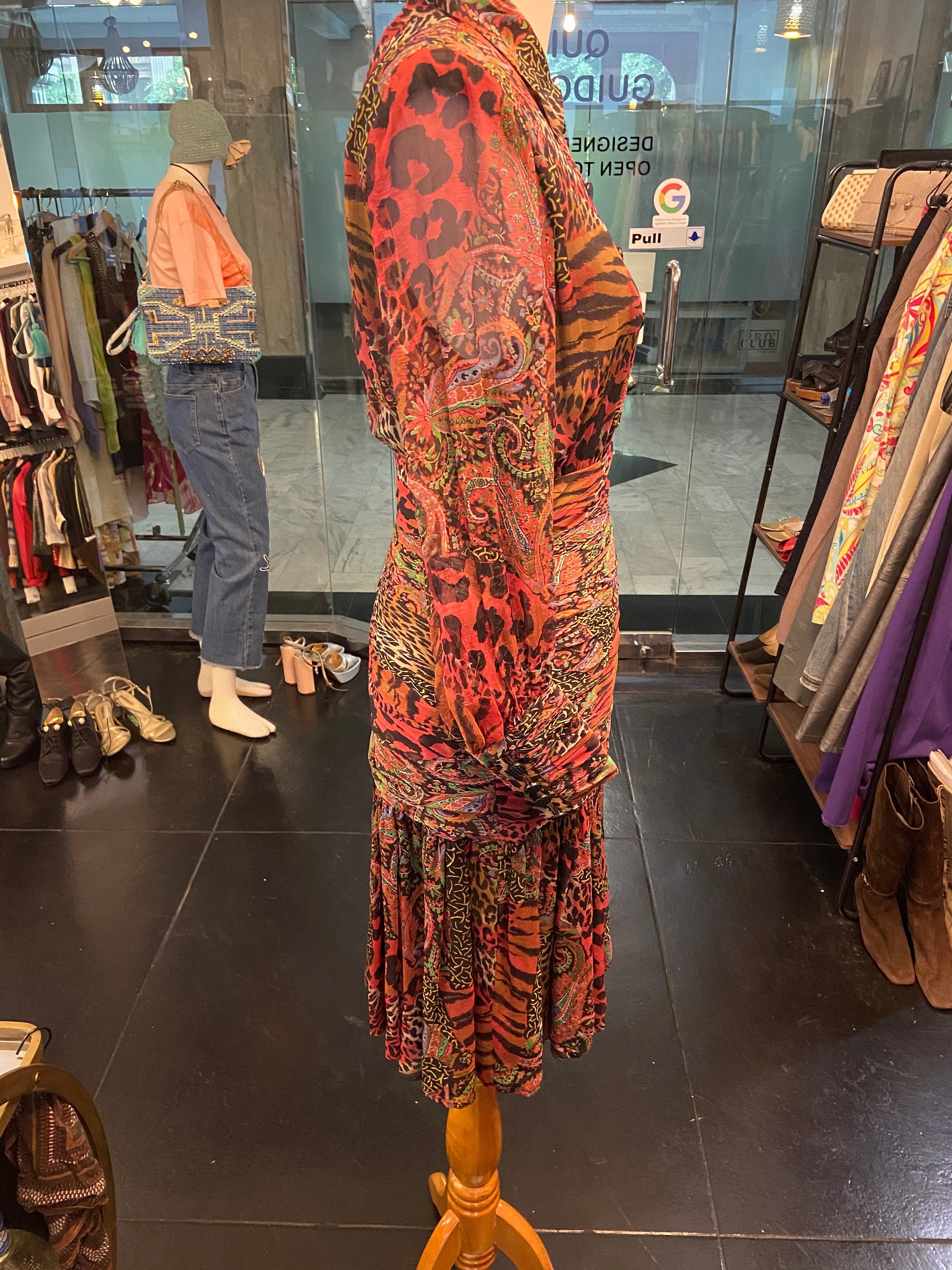 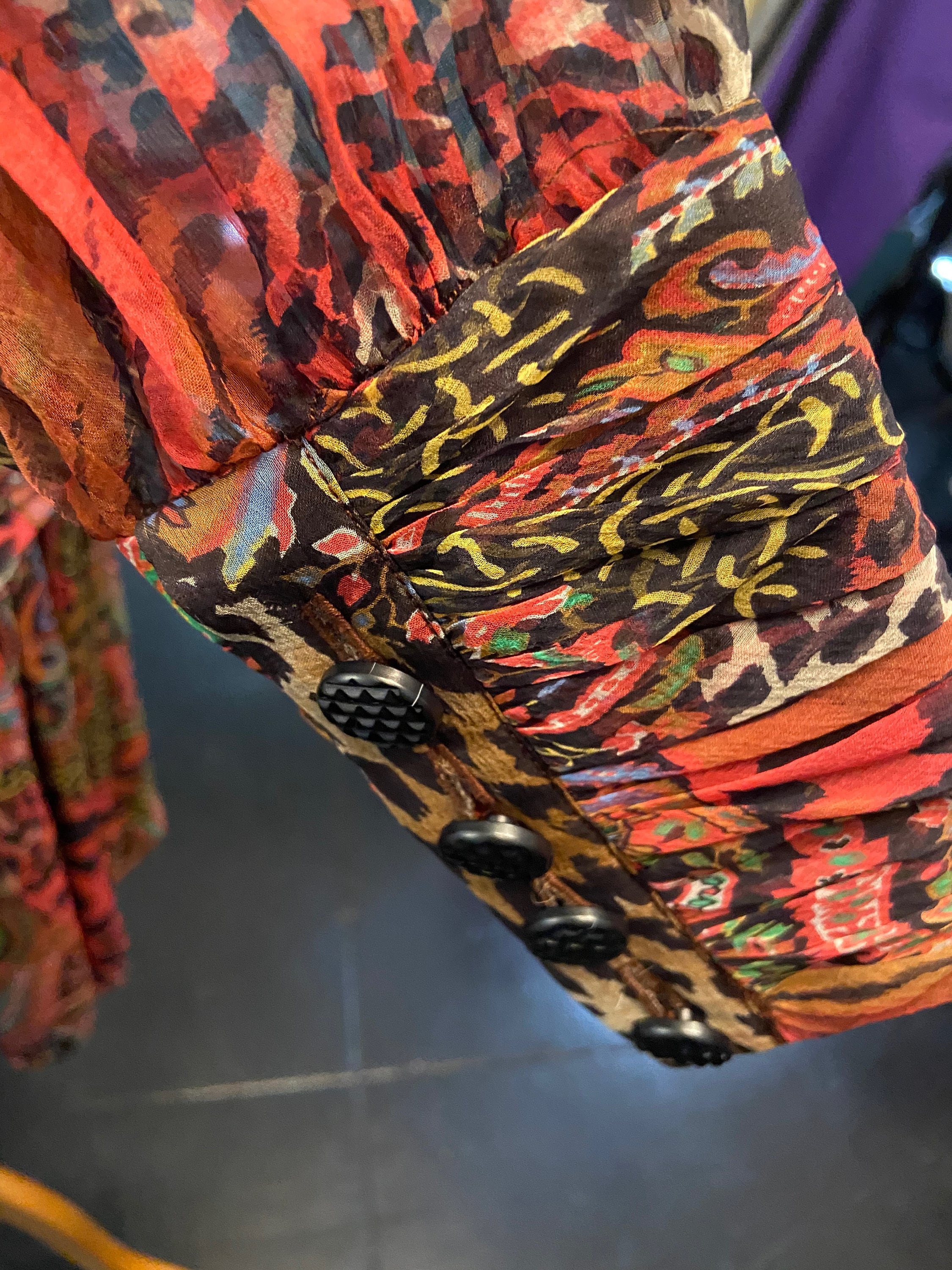 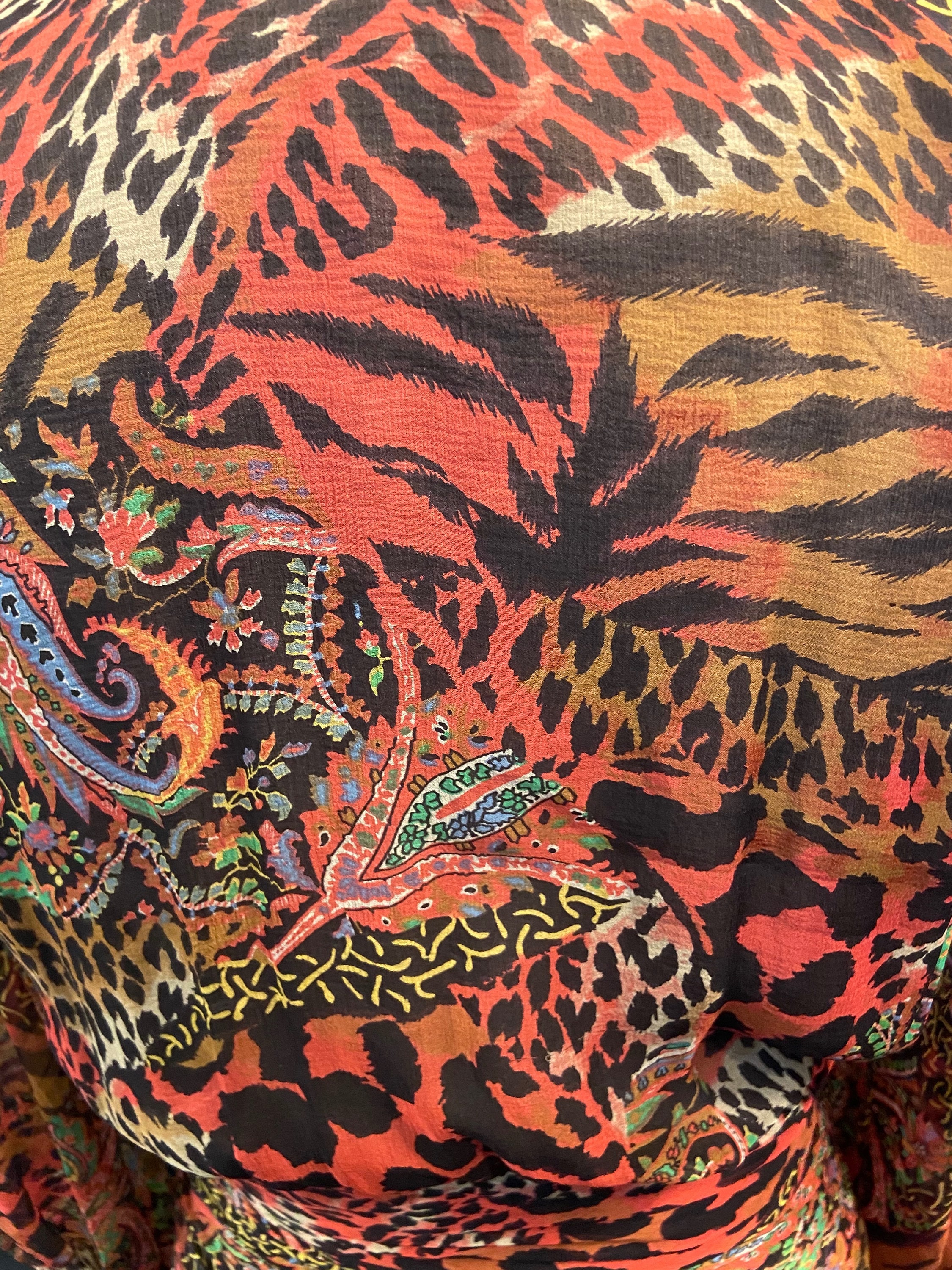 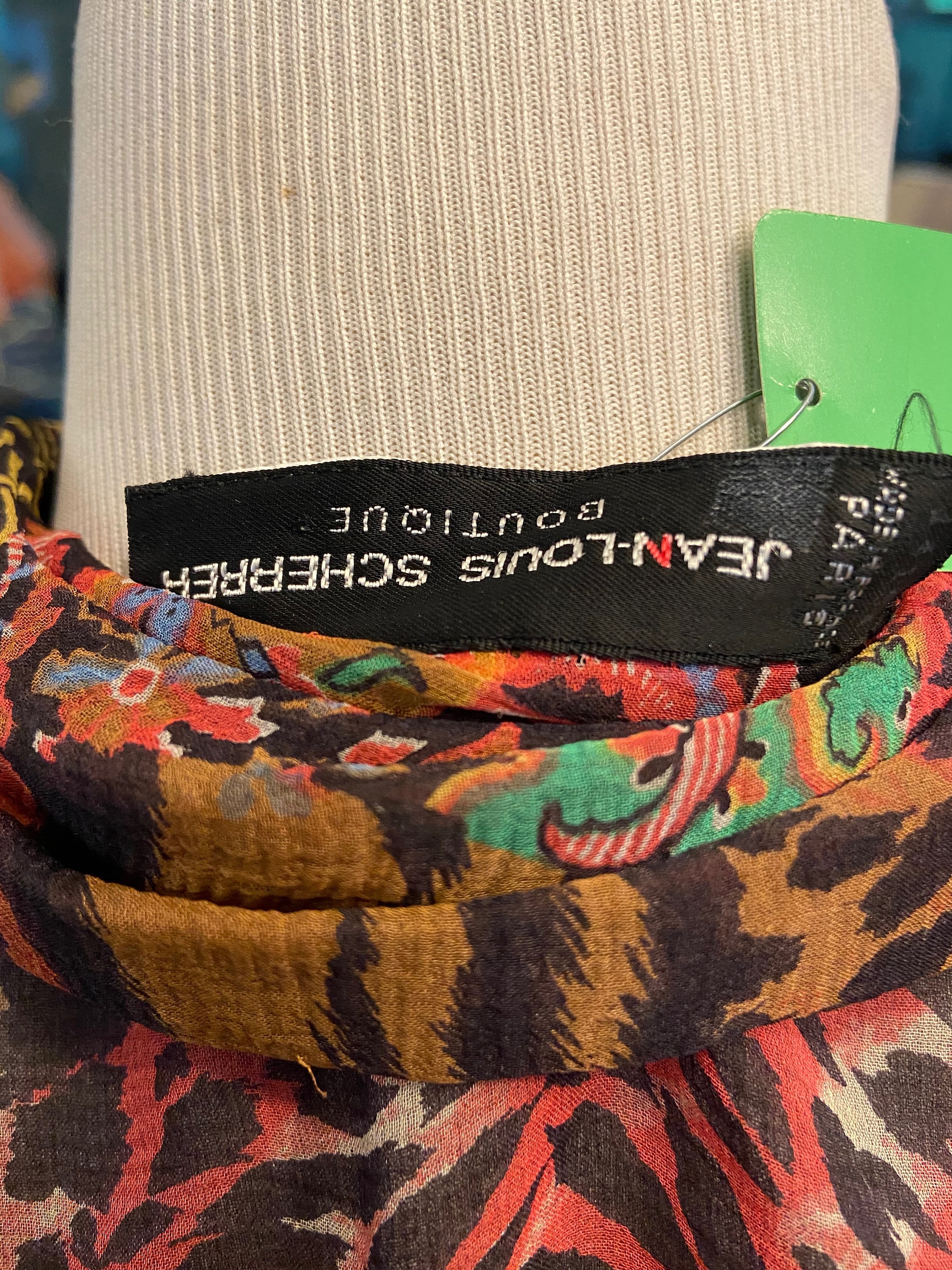 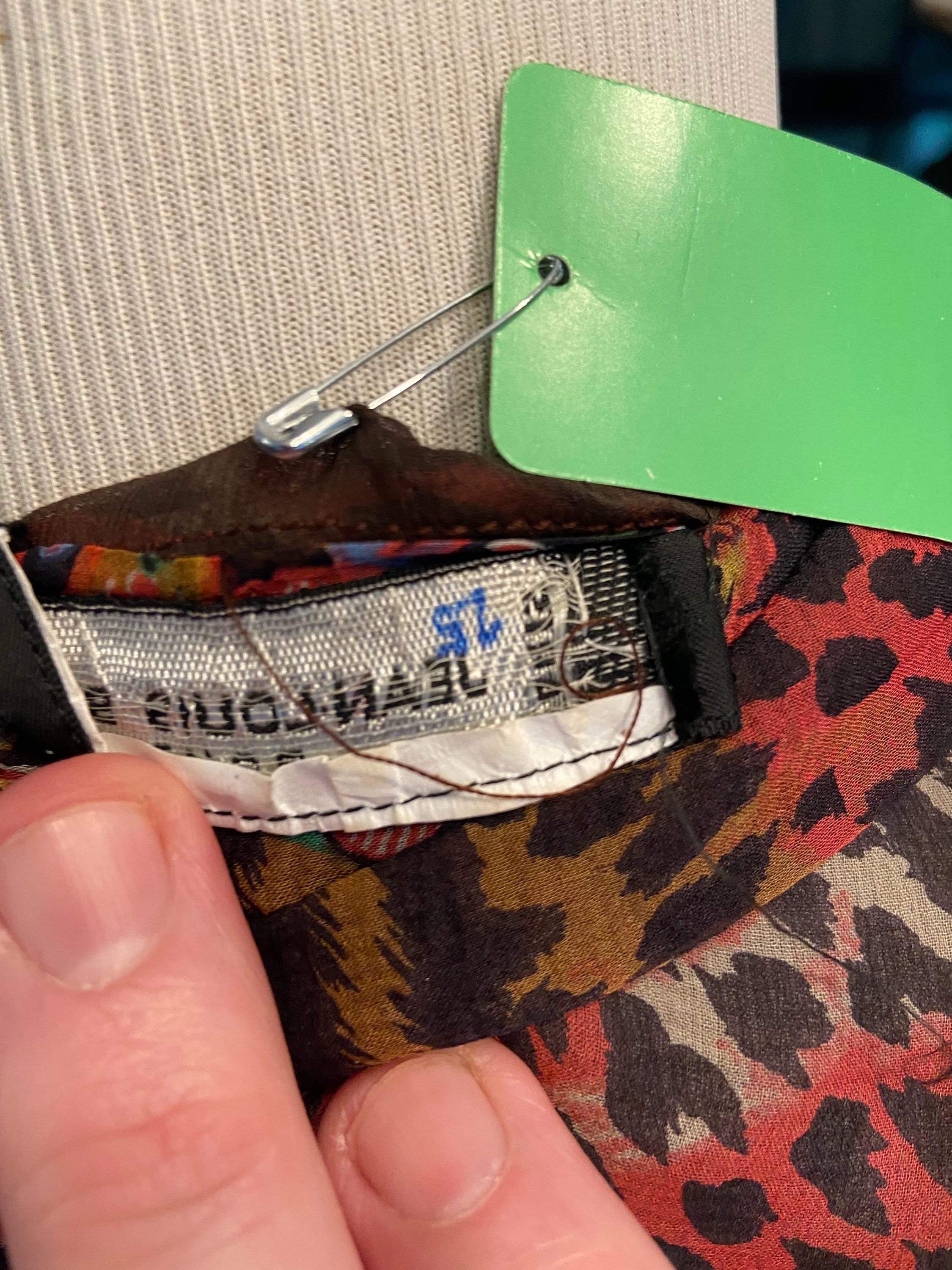 This beautiful dress is really special! It is in excellent vintage condition and is hand-numbered on the label.

It is pictured on a Sz 4 dress form.

Born in Paris, Scherrer trained as a dancer at the Conservatoire de Paris until he injured his back, which put him out of action for three months. He then decided to focus on fashion design, and in 1956, joined Christian Dior as an assistant designer alongside Yves Saint Laurent. Following Dior's death in 1957, Scherrer worked under Saint Laurent, and then for Louis Féraud,before launching his own fashion house in 1962 on the Rue du Faubourg Saint-Honoré with the backing of Jacques Chabrol, a French millionaire.

In the mid-1960s Scherrer had an agreement with the American department store Bergdorf Goodman to grant them exclusive rights to reproduce and resell his designs in the States. His clients included Anne-Aymone Giscard d'Estaing, Jacqueline Kennedy Onassis, and Raquel Welch, who wore Scherrer animal-print dresses in the 1977 film L'Animal. By the 1980s, his work was known for its opulence and luxury, with many garments hand-beaded, embroidered and lavishly trimmed. His extremely expensive designs were popular with the wealthy wives of Middle East oil tycoons, but after the Gulf War broke out, they stopped purchasing his clothes.