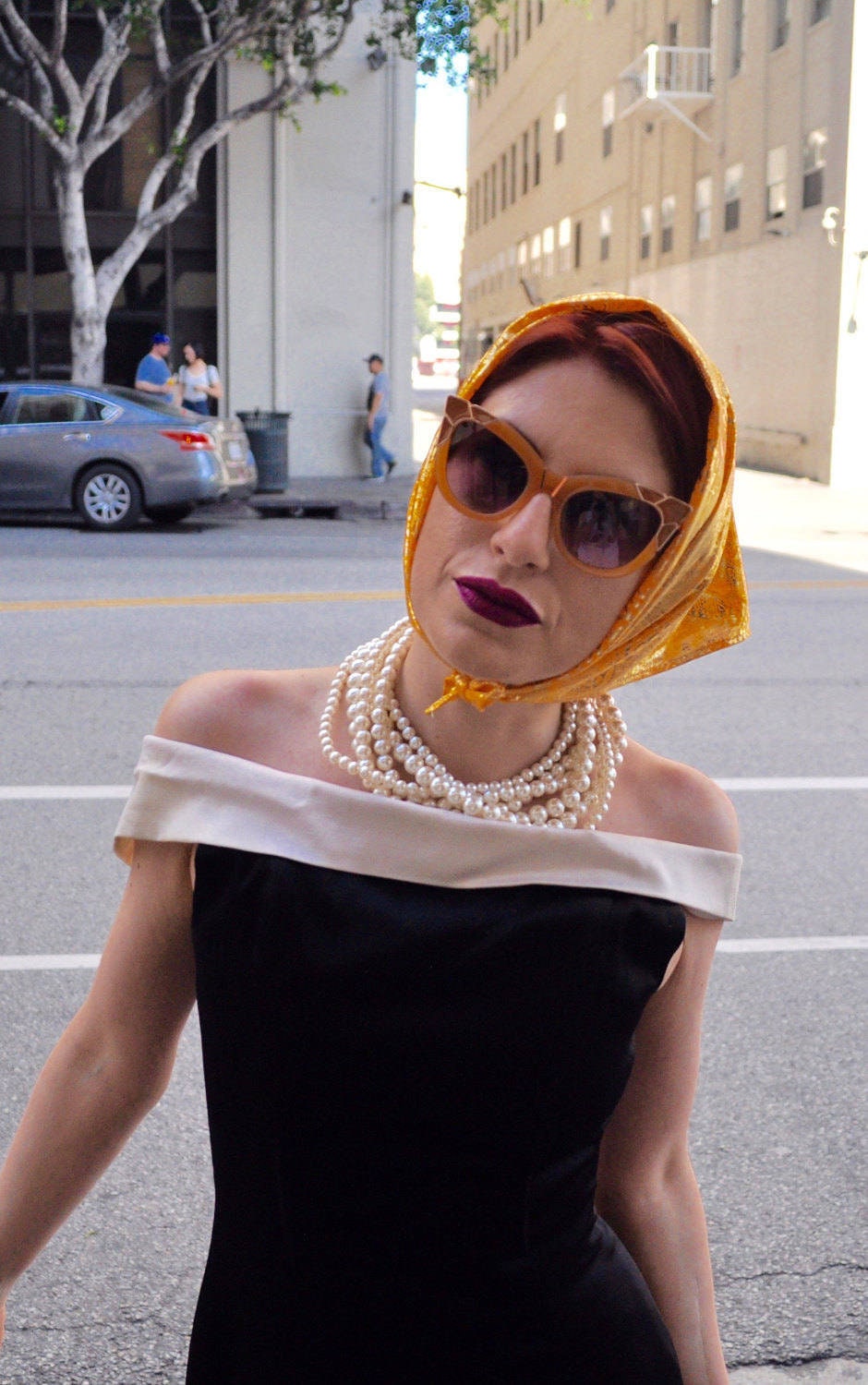 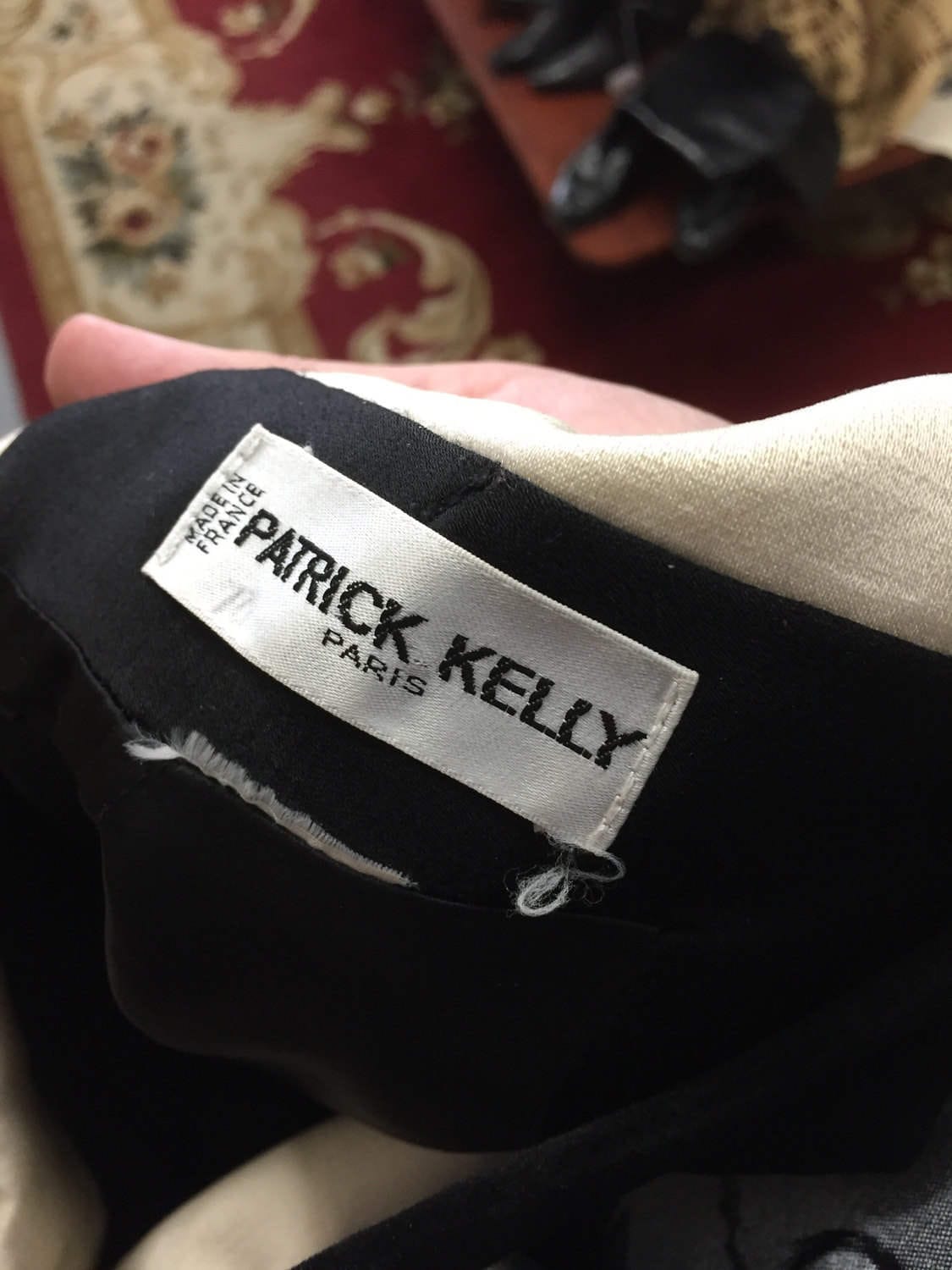 I can't believe we have a Patrick Kelly in our collection! It is in very good vintage condition and though from the 80s it looks like Audrey Hepburn might have worn it in the 1950s. Stunning!


Patrick Kelly (September 24, 1954 – January 1, 1990) was an American fashion designer. Born in Vicksburg, Mississippi, Kelly studied art at Jackson State University and then attended Parsons School of Design. While in New York Kelly Struggled to find steady employment. To support himself he had many jobs that included a part time job at Baskin Robbins while continuing to sell his own designs. After receiving advice from his friend and super model Pat Cleveland and an anonymous one-way ticket he moved to Paris in 1979. Once there Kelly was promptly hired as a costume designer for a nightclub called Le Palace. In a small apartment which he shared with a model he continued to sell his own creations and even homemade chicken dinners to make ends meet. While living in Atlanta at age 18 Kelly sold reworked, recycled clothes and served as an unpaid window-dresser at Yves Saint Laurent. YSL chairman Pierre Bergé personally sponsored Kelly in 1988 to form the Paris-based womenswear fashion house Patrick Kelly Paris. Kelly achieved his greatest commercial success in the late 1980s and in 1988 Kelly became both the first American and the first person of color to be admitted as a member of the Chambre syndicale du prêt-à-porter des couturiers et des créateurs de mode. Kelly died at age 35 on New Year's Day, 1990. Originally Kelly's causes of death were reported to be bone marrow disease and a brain tumor, but the actual cause of death is now acknowledged to be complications of AIDS.


All items are cleaned and kept in a smoke-free home. As with many vintage items, there may be slight spots or wear but anything major will be in description of item.
This item is also available in our shop located at 126 W 7th St in downtown Los Angeles.